Quantum Information Science (QIS) which is a trans-disciplinary area of research that capitalizes on the abstract power of quantum physics to revolutionize Information and Communication Technology. One of the applications in QIS is Quantum key distribution (QKD) which provides an expanded framework that limits the manipulation of information by only the laws of physics. QKD effectively addresses the challenges confronting conventional encryption approaches, by providing a provably secure cryptographic building block for remote parties to share cryptographic keys. QKD is an optical technology which has the ability to automate the delivery of information security and has the potential to replace or augment existing conventional technologies for secure transmission of encrypted keys.

This research focuses on the few-mode effects during the process of transmitting optical signals via new PCF’s and MOFs, a modified structure, characterized by an enlarged core size and induced asymmetry of the hexagonal cross-section geometry, combined with chiral extremely enlarged core graded index optical fibres. This involves using machine learning in the design process and the guiding of higher dimensional optical modes.

Quantum Optics, Dr Ismail’s group are experimenting on the development of single photon sources using the process of spontaneous parametric down conversions. Ther Group investigate the use of fully and partially spatially coherent bi-photons states for the use in quantum communication systems. Thier Group investigate the influence that varying atmospheric turbulence has on varying partial spatial coherent single photon sources.

Cold atoms, Their Group trap Rb87 atoms within a magneto optical trap to investigate light matter interaction between atoms and light fields such as those carrying orbital angular momentum.

The exchange of orbital angular momentum is of particular interest since it demonstrates the quantised transfer of the orbital angular momentum of a photon to an atom. In the long term the outcomes of such investigations will result in the implementation of high-dimensional quantum memories. The realisation of quantum memories in the long-run will be integral for the development of quantum technologies such as quantum repeaters. 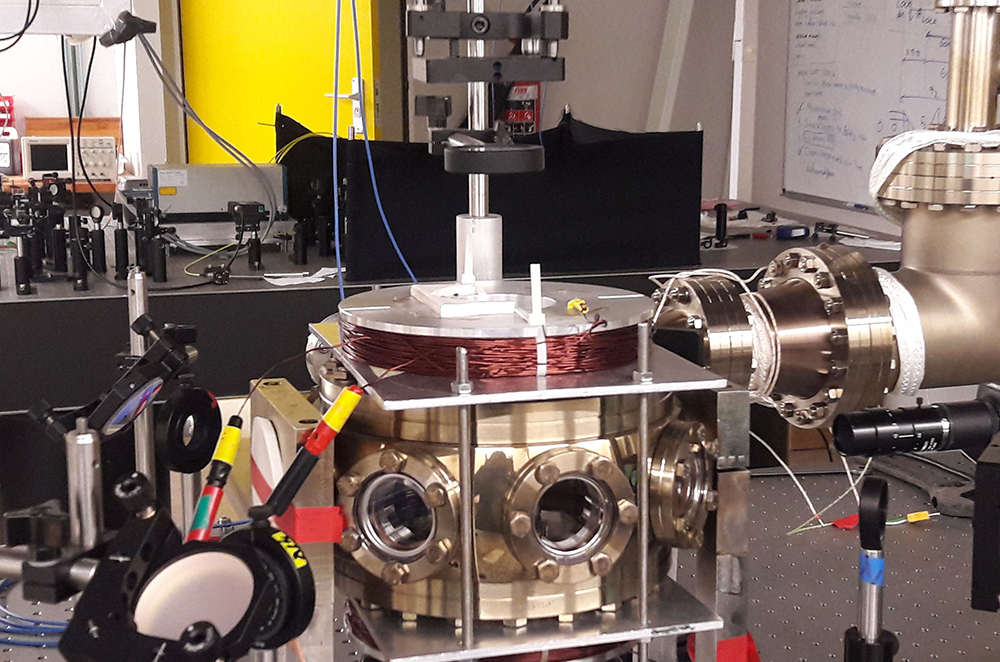 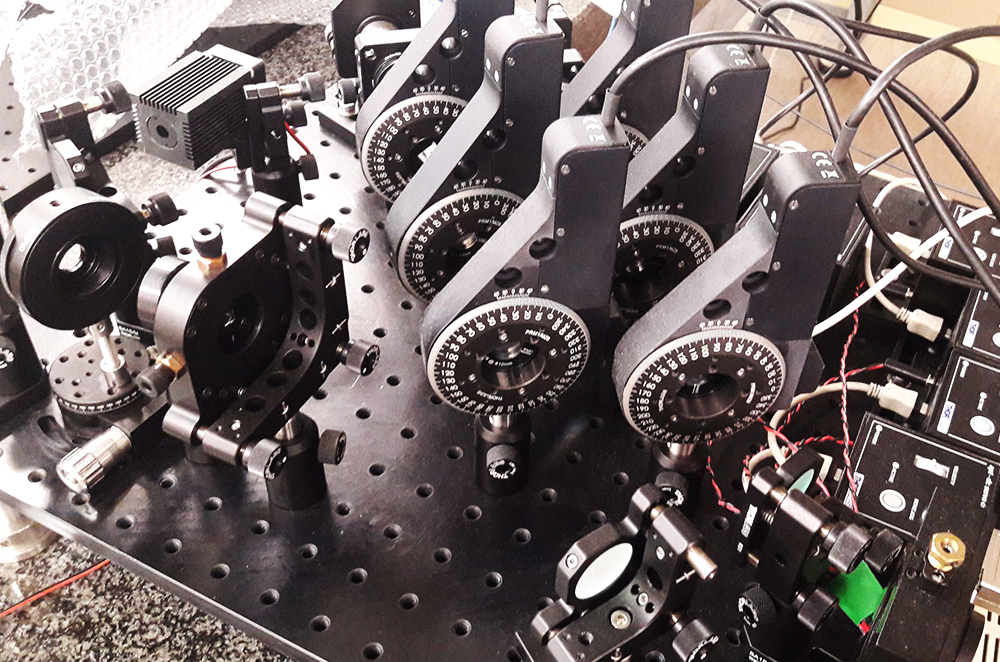